Confessions of an Autistic Photographer 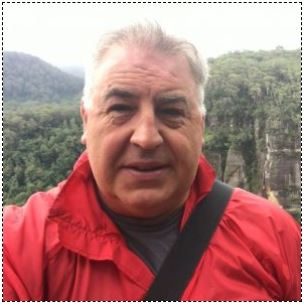 Photography is a broad church. It is an art form, it is a tool of the press, it is a form of recreation, it is a business. It is social record. It is a medium for pornography and it also records family history, sometimes at one and the same time. It was a relatively niche interest for the first 100 years of its existence and a world-changing global phenomenon in the last ten. It is many things to many people, but to me it is therapy. To explain why I need to give you a bit of back-story.

I started going to school in the early 1970s and finished my illustrious educational career in 1990. I hated pretty much every nano-second of my schooling (with the exception of my university years) from the day I walked through the gates of St Thomas More Roman Catholic Primary in 1970, to the day I left Stevenage Six Form College in 1986. I never felt like I fitted in and I was continually bored out of my mind. I was a disruptive force, a trouble-maker, a truant and I was seemingly destined for a life collecting supermarket trollies from shopping centre carparks. I grew up autistic in an era when nobody knew what autism was, let alone how to manage people who had it. It wasn’t until I was middle-aged that I was diagnosed with Aspergers Syndrome and by the time I was I had discovered my own coping mechanisms. Principle amongst those coping mechanisms was photography.

Me, being all autistic and shit.

I’ve never been much of a people person and I have always been happy in my own company. I find spending time with people to be problematic and, in all honesty, I can only stand it for so long. When interactions with groups of people do occur, it’s not always a smooth ride. One aspect of Aspergers is an inability to pick up on normal social cues. As a result of this, those of us with this brain chemistry can come across as insensitive, aloof, arrogant or inconsiderate. We don’t always lack empathy (although that’s partly true in my case), just that we don’t see the visual clues that everyone else picks up on. So being in groups can be awkward for folks like myself and, while I do (sometimes) make an effort to socialise, I’m really not very good at it.

I realised that I need a way to get myself back on an even keel and I chanced upon photography almost by accident. One day I was skipping a lesson at school and, while I was exploring the recesses of the teaching block I discovered the school darkroom. I didn’t know the school had this room and I didn’t know how to use it, but I absolutely loved all the equipment in there and the bottles of chemicals and how it felt exotic in an environment that was otherwise relentlessly, mind-numbingly, sleep-inducingly dull. So I joined the photography club and I learnt how to take photographs and to develop film and produce prints. I loved it so much that I bought my own second-hand enlarger and used to develop and print in the family bathroom, with a large towel wedged against the small window to keep the light out.

After that I started going out into the landscape with a camera and taking photographs on a regular basis. The point of being out there was to be on my own and to recharge my batteries. I got immersed in the process of landscape photography, in the process of finding good compositions and also in the technical aspects of making the photograph, but it was also about simply getting away from it all. Admittedly, craving solitude is hardly unique to people with Aspergers, but it is one element of the reason that photography helps keep me sane.

Coping mechanisms aside, my Aspergers manifests itself in sometimes disruptive ways in my photographic hobby. If I turn up at a location and there are a couple of photographers already there then I’ll just go elsewhere. This is partly because I usually don’t want to talk to anyone and partly because I don’t want to photograph the same scene as them. My idea of a horror show is a line of photographers, shoulder to shoulder, cameras on tripods, all photographing the same thing.

A portrait of the artist as a middle-aged man.

While many photographers enjoy the social aspects of the hobby, for me that is certainly not the case. Photographers I know often head out with friends to photograph certain locations, but this is something I do only very rarely. In fact now I think about it, it’s only happened three times in my entire life. For someone who’s working on their Instagram follower numbers, this can prove problematic. Many photographers get together, go to Instameets and Photo Walks and share their work between their various accounts, thereby increasing each others follower numbers. I’ve been to two Instameets in my life – one because I was paid to be there and one because it was associated with a Facebook group I help run. So I have to rely on my own efforts alone to get noticed and I’m fine with that.

Another aspect of my autism is the triple-whammy of obsession, repetition and routine. People with Aspergers often have highly focused interests and my photography certainly qualifies. When it comes to my favourite photographic themes, I seek out strong colours and that means I love sunrises and sunsets. Not it’s not the most original photographic subject, but it’s the one I love. However, while many people like photographing the beginning and end of the day, for me I suspect it goes a step or two further than that. The truth is that I obsess about capturing those skies and feel physically anxious if the sky is starting to colour and I do not have access to a camera and a location to photograph that sky from. I have been known to get up from the dinner table, leaving hot food steaming on the plate and drive somewhere because the sky has been unexpectedly colourful. I have left restaurants for the same reason. If I agree to go out somewhere and am unable to capture a colourful sky, I get incredibly anxious. From the outside such behaviour just looks weird or immature, but the fact is that disruptions to routines and obsessions provoke an almost physical response in me. Most folks can put the camera on the shelf and get on with their lives, but I’m always checking cloud forecasts, double-checking sunrise/sunset times, looking at tide heights and weather forecasts, scoping out locations on Google Maps, double-checking every battery is charged up and that every camera has a card and a spare, making sure that wherever I am at that precise moment is drivable to my chosen photo location with at least 30 minutes of night-time or daylight to spare. Fortunately I have a very understanding wife.

In many ways, my autism has been a positive influence on my photography. There is no way I would have been to so many places and photographed so many different locations if it wasn’t always in the back of my head, pushing me to get out and shoot. I don’t think I would have learnt as many techniques and tried so many different styles had I not been compelled to by my photographic obsession. By means of repetition I have become dextrous with my equipment and proficient with the various post-processing applications that are essential when, like all sensible people, you shoot RAW.

I suppose that the $64,000 question is, would any or all of this have happened if I wasn’t Autistic? Would I have got into photography to the extent that I have? Maybe. Do other photographers arrive at the same destination as me, without having weird brain chemistry to push them into it? Undoubtedly. Does my autism play a part in the kind of photographs I take and the way I process them. Definitely.

Autism doesn’t define me, any more than the colour of my eyes does, but it is a huge part of my personality and has had an on-going and very direct influence on how I fill my days. Now that I’m over the humpday of life and cruising down the other side of the hill I’m beginning to realise just how big an influence it has had on me, without me even being aware of it. It’s only now, reflecting on the twists and turns of my life, and in the part that photography has played in that journey, that I realise I’m always at my happiest when I have a camera in my hand.