One Year Older & One Year Wiser 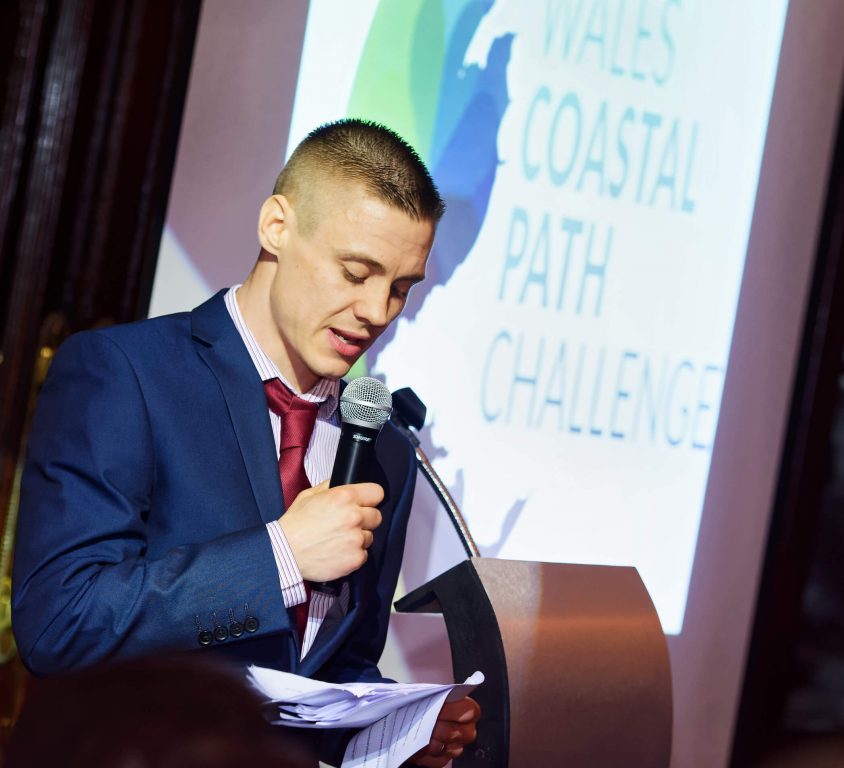 My name is Shaun Faulkner, I am on the Spectrum (Aspergers) and today is my birthday, one of my most notable characteristics as a person on the spectrum (once you get to know me), is how my brain can't switch off and is for ever thinking, analysing, measuring and what I call simulating and now I will share with you one of my birthday thoughts...

One year older, lets see if I can be one year wiser, here are my wise words:

We are all capable of a lot more than we realise.

Many people have intimidating ambitions that can make us too fearful or doubtful to strive for, to you people I would like to say "we as people are capable of far more than we realise".

It is said that war drives technological, scientific and other forms of development; specifically I like the saying “necessity is the mother of invention”; when the need for something becomes essential, you are forced to find ways of getting or achieving it. In wars or when found in the need to survive serious danger people do things physically and mentally that are unimaginable and we manage to develop science and technology among other things at a greater pace than we would otherwise. I don’t believe this capability is only present when needed, just that we need to learn to commit ourselves despite any fear of failure or lack of ability and trust that our minds and bodies will carry us.

To take a rugby term, committing to a tackle, means to just go for it, not to hesitate out of doubt you will make the tackle of fear of getting hurt. Imagine a lunging dive to get your player, where all four limbs are momentarily off the ground, that is to commit to a tackle, since once all fours are off the ground there is nothing you can do to stop yourself, you have committed, commitment these days has become a meaningless word that means to most of us, another thing we can back out of, and excuse ourselves from, but one meaning of commitment is “an engagement or obligation that restricts freedom of action”. Once that rugby player has all fours off the ground they have lost all “freedom of action”, necessity results in that kind of commitment, the necessity to win, which means in the short term the necessity to make the tackle, and with necessity we can do things we never believed we could before or simply lacked the incentive to achieve before. The difference between the successful player we all hear and talk about and the rest is that they make achieving their goals a necessity and they commit rather than hesitate, only then do you discover your full potential.

I still remember in detail, as if replaying a video in my head, the moment I decided to run a double marathon, it was published in the local newspaper, “local anxiety sufferer plans to run double marathon” or something like that, while people in work felt like it was not even possible and despite knowing it was actually a niche sport (thus possible), I don’t think I even believed I could do it. I hadn’t even run a marathon never mind two! So after I had been training for a while I just thought it was too tough and kind of forgot all about my so called commitment. However, after a year or so of running it all started to get less tough, I didn’t even notice the transition, the moment I stopped feeling like I was dying on the brow of a hill to the moment I cherished it and smiled with a cheeky sense of satisfaction. Anyway, my weekly mileage kept increasing steadily until I read something one day about a untrained athlete running just over a marathon by pure will (Dean Karnazes), it took a long time and wasn’t pretty but he did it, so that night I committed myself to trying a marathon the next morning, and to my surprise I did it! on my own, no race, no clapping bystanders, no medal or recognition except a strong sense of self satisfaction .I soon did another, then a mountain marathon and even a cheeky marathon before work one morning, having set of about 4 am… I ran so many spontaneous marathons I reached a point where I realised I could do one pretty much any time I wanted, I’ve woken up on mornings and just thought “I’m gona run a marathon today”, half an hour later and there I was, committed to the tackle.

As I started to realise I was running a lot and could run long distances confidently, I came back to that double marathon idea I had abandoned long ago, only now I felt a sense of confidence that it could be done… my running had progressed to mainly mountains and trails by this point, for the views, the variety and the isolation, so I opted for a double mountain marathon. I failed, weather was horrendous, some of the worst I had encountered in the Brecon beacons, a very disorientated competitor even had to be rescued due to hypothermia, so I consoled myself with the argument I probably made the right decision to drop out when I did. A little down beat, but I tried again, this time with success. A while after, mileage still consistently increasing weekly, I tried my hand at 4 consecutive mountain marathons (105), I failed… but not entirely, I like the saying “we should aim high and miss rather than aim low and hit”. so, I failed in the sense I did not reach the finish but I succeeded in that I had run further than ever before, and not by a small way but by more than a marathon, I got lost, hours passed before getting back on track to then miss a cut off time so had to drop out, but in that time I had run 3 consecutive marathons in 24 hours (75 ish miles in one day), but ran over 85 ish miles in one go, taking over 30 hours with no sleep, through the night and again over the highest and steepest peaks in the Brecon beacons.

For my next challenge, I wanted to run all of the Wales Coastal path. I got injured on the second day, by mile 450 I saw a physio who discovered that I had teared a muscle and the limp I had as a result had caused injury to the other leg, but I kept going and I ran in total, 840 miles, over four times the elevation of Everest, averaging about 23 miles a day; less than I aimed for but on an injury that caused me agony daily, I was happy to just be able to keep going.

So there you have it, before it all started I spent over a year housebound with debilitating anxiety, then felt a marathon was intimidating and a double was unimaginable, but I learned that necessity is the mother of invention, I added necessity into my approach to life and training until I found out that I wasn’t just more capable, but so much more capable and instead of the usual marathon progression of 3, 5, 7, 10, half marathon, 18 to 20 miles and then marathon distance, I progressed from 46 miles to 85 and then to running 840 miles around Wales, progression on a scale I didn’t think possible, but when you commit, I mean really commit, and create necessities to incentivise you, there really is a lot more left in the tank than most of us ever imagine.

If you can get past the boasting, which was only for highlighting my point, there are my wise words, go and do whatever it is you have been itching to do, you'll surprise yourself xx

Shaun Faulkner My name is Shaun Faulkner, I am on the Spectrum (Aspergers) and today is my birthday, while I am one year older I want to see if I am also wiser... so here are the words of wisdom from a man with Aspergers
Blogs