The amazing power of Dungeons and Dragons for autistic kids 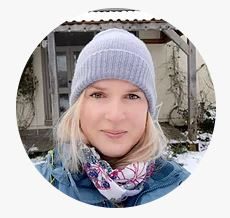 I find it hard to believe that 18 months ago I didn't know anything about Dungeons and Dragons (DnD). It is now my son's absolute passion, and as a result is an integral part of our family life. My days are filled with non-stop chat about paladins, orcs and half-elf clerics. If I'm honest I don't always understand the ins and outs of what he's telling me, but I love to see how happy it makes him, and his enthusiasm is contagious.

For those of you who are new to DnD, it is a Tabletop Role-Playing Game. A small group of players each have a mythical character, and are taken on an adventure (in their imaginations) by a Dungeon Master who runs the game. If you've ever watched 'Stranger Things' you'll know what I mean. For someone who's child loves computer games it is a breath of fresh air to have an activity that he loves which just uses his imagination, his words and some dice.

Our introduction to DnD came two years ago when I read an article about the positive impact of DnD for people with autism. So when a friend of ours wanted to teach his daughter how to play I asked if we could join in. I had thought my son would enjoy it, but was thrilled at an quite what an enormous success it was. It was particularly wonderful because at the time we were newly out of school due to anxiety, so anything that helped us engage with other people was brilliant! A quick search online found me the amazing Bristol Adventurer's Guild, run by Jamie Ross. Jamie is hugely skilled, trained by the NAS and most importantly is a really nice guy who the kids love. We haven't looked back, and because DnD can easily translate online via Skype, it was our most successful activity over lockdown - allowing social contact to continue for kids who are at great risk of isolation. I am constantly recommending Jamie to anyone I know with an autistic child who loves fantasy and myths, and has a great imagination.

Dungeons and Dragons has honestly been a godsend for us. For my son it has boosted his self-esteem and confidence; helped him practice social skills in a way that is relevant to him (players have to work as a team, negotiate and deal with things not going their way); reignited a love of reading (there are lots of DnD books!); fired his imagination; developed his IT skills (thanks to COVID, sessions are now online); developed his maths skills (you have to roll several dice to see what will happen); and has introduced him to a whole new tribe that I really believe will be with him for life. Most importantly it makes him really, really happy.

When I tell other people about the success of DnD for us they are often surprised. There's a commonly held (false) belief that autistic people lack imagination. This is so untrue. My son has the best imagination of anyone I know, and given the popularity of DnD amongst the autistic community I'd say he's not alone in that.

Bristol Adventurer's Guild (due to COVID sessions are run online so you can be anywhere in the country and still access them):

Some articles about the benefits of Dungeons and Dragons:

Thank you to Amy Phipps of Autism Families for her kind permission to use this article.

Amy Phipps I have worked in the field of autism for 15 years. Since having my first child ten years ago I have been a freelance trainer, delivering the National Autistic Society's training to social workers.
Blogs